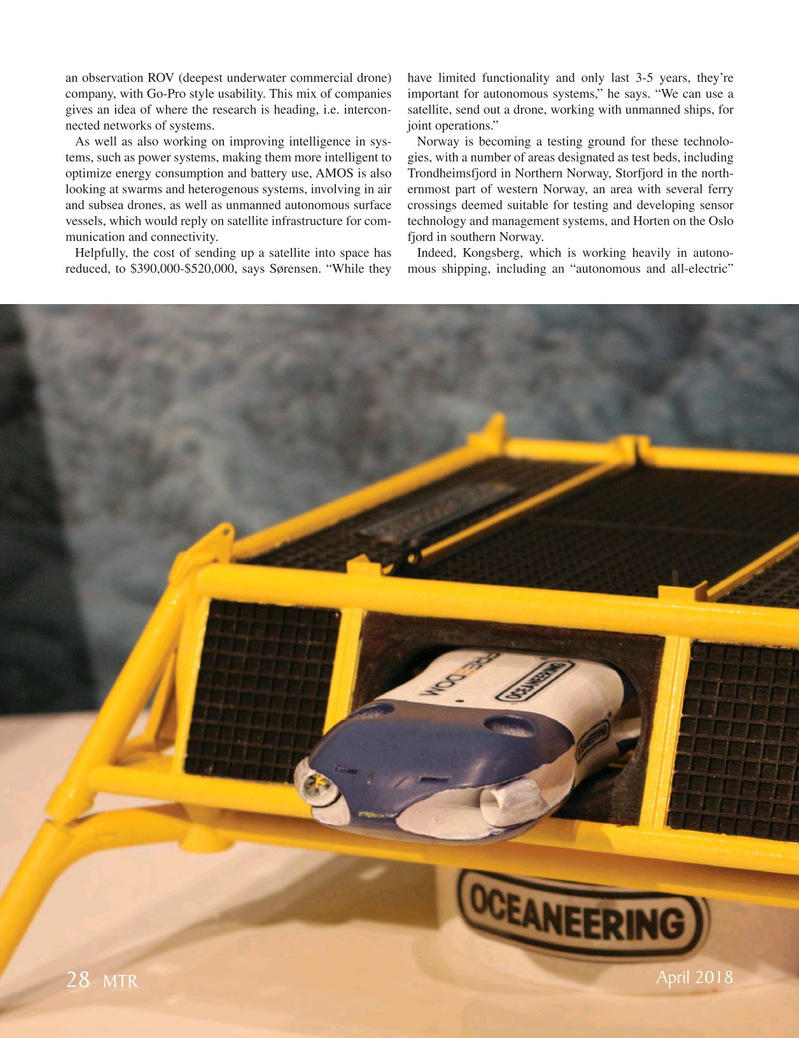 an observation ROV (deepest underwater commercial drone) have limited functionality and only last 3-5 years, they’re company, with Go-Pro style usability. This mix of companies important for autonomous systems,” he says. “We can use a gives an idea of where the research is heading, i.e. intercon- satellite, send out a drone, working with unmanned ships, for nected networks of systems. joint operations.”

As well as also working on improving intelligence in sys- Norway is becoming a testing ground for these technolo- tems, such as power systems, making them more intelligent to gies, with a number of areas designated as test beds, including optimize energy consumption and battery use, AMOS is also Trondheimsfjord in Northern Norway, Storfjord in the north- looking at swarms and heterogenous systems, involving in air ernmost part of western Norway, an area with several ferry and subsea drones, as well as unmanned autonomous surface crossings deemed suitable for testing and developing sensor vessels, which would reply on satellite infrastructure for com- technology and management systems, and Horten on the Oslo munication and connectivity. fjord in southern Norway.

Helpfully, the cost of sending up a satellite into space has Indeed, Kongsberg, which is working heavily in autono- reduced, to $390,000-$520,000, says Sørensen. “While they mous shipping, including an “autonomous and all-electric”