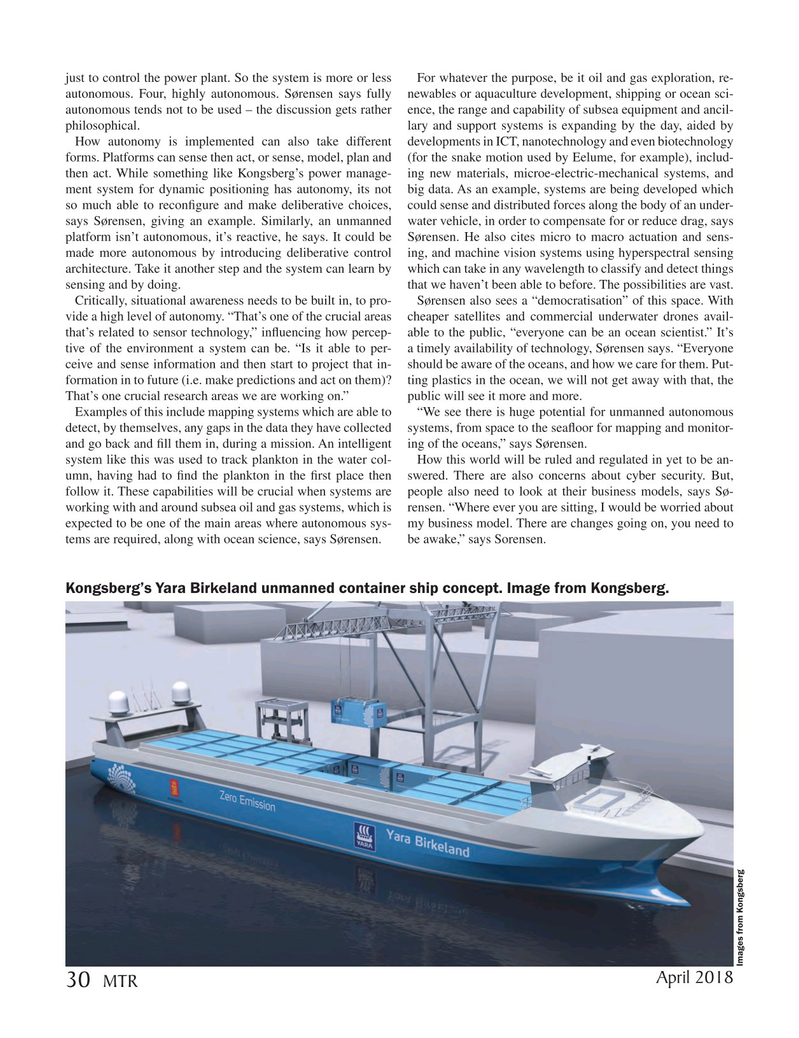 just to control the power plant. So the system is more or less For whatever the purpose, be it oil and gas exploration, re- autonomous. Four, highly autonomous. Sørensen says fully newables or aquaculture development, shipping or ocean sci- autonomous tends not to be used – the discussion gets rather ence, the range and capability of subsea equipment and ancil- philosophical. lary and support systems is expanding by the day, aided by

How autonomy is implemented can also take different developments in ICT, nanotechnology and even biotechnology forms. Platforms can sense then act, or sense, model, plan and (for the snake motion used by Eelume, for example), includ- then act. While something like Kongsberg’s power manage- ing new materials, microe-electric-mechanical systems, and ment system for dynamic positioning has autonomy, its not big data. As an example, systems are being developed which so much able to recon